Few things in this world give me much hope – but currently a couple of things have popped up. For one, a scientific article pointing out that the early city states did probably not evolve as we have previously been told – thus in time hopefully putting an end to the prevalent view that the state is a naturally ocurring phenomenon almost on par with natural laws, rather than simply an oppressive parasite latched onto human existence (read the article from New Scientist here). The second (chronologically the first – but who’s counting – but they are definitely connected) was the release of Godspeed You! Black Emperor‘s fabulous album Luciferian Towers.

Before getting there, let’s have a look at what GY!BE is really all about. Being headliners at this years Roadburn Festival is definitely one part of it, set to play 2 shows (saturday and sunday) at the 013 main stage.

At least in the public mind, GY!BE is more like a collective than it is a band in the regular, music biz way of seeing things. It’s a band that has on previous occassions shied away from doing things in a business-like manner (although, in actuality that should rather be seen as a positive rather than a negative choice. A pro-active choice rather than simply chosing to not do particular things). A band that has found a lot more satisfaction in trying to spread their output by word of mouth rather than intricate (to use a positive word), convoluted marketing plans.

It is also a band that might very well seem like the quintessential post-rock band. Forever changing, forever experimenting, constantly searching for new means of expression. Always with a core that sounds and feels genuinely GY!BE, but listening to Anthem For No State (from latest album Luciferian Towers) back to back with The Dead Flag Blues (from the first regular album) there’s more than a hint towards the musical, expressive journey they’ve been on for 2 decades now.

Musically you might divide their output into on one side a number of droney post-rock soundscapes, slowly erupting, like a river content in the knowledge it can overpower you with it’s sheer volume, not needing neither speed nor drastic gestures. The other side to their musical output then are what I call “the suites” – longer pieces of perhaps a more compositional nature, carefully crafted and build (and building), using subtle changes and variations on themes, often drawing in small musical fragments seemingly taken from the folk-music tradition (although, I never seem to be quite able to put my finger on anything but the fact that they seem eerily recognizable – but an example could be Storm from Lift Your Skinny Fists Like Antennas To Heaven which to me at times sounds like a paraphrase over Amazing Grace)

GY!BE have never seemed shy about trying and wanting to convey something meaningful through their art. Even though their musical output is instrumental, the inclusion of larger pieces of monologue/spoken clips on some tracks, the naming of tracks and albums, liner notes etc. all lend the listener to create his or her own view or version about how to fit in GY!BE in the grand overall picture of the human condition . And naturally, we tend to do this in accordance with our own self-proclaimed views (for instance, as an anarchist it is extremely easy to simply bundle up GY!BE in a nice package and label them “anarchists“)

But, in a way, our need to taint every message hope-ladenly communicated through art with the gross and crude label “politics” is a disservice to both ourselves and the artists. And while Luciferian Towers will probably end up being called their “most political album yet” I would urge you to dismiss such notions and instead do yourself the favor of stepping back for a while and let the music soar through you, encompass you, fill your mind (your whole mind) – it is after all music made for experiencing, not just listening.

When doing this, I find Luciferian Towers to slide right into the progression GY!BE has been going through since their first album, a progression starting from being reactive to what happens around them, in the world at large, to instead exploring visions of a free world in a more proactive way.

And the absolutely thrilling joy filling me when listening to compositions like Bosses Hang and Anthem For No State really has got nothing to do with politics and everything to do with life. If anything, this album is more like an anti-political anti-manifesto, seeming to celebrate even the mere fact that it is at all possible to imagine a life free of the yoke.

And I could go on and on for sentence after sentence, and find I have only further entangled myself in what can be but my own interpretation of GY!BE – but in the end, it all comes down to you listening to and experiencing the wondrous world of GY!BE for yourself… immerse yourself and chances are you will find yourself enhanced emotionally and spiritually…

We Have Signal: Godspeed You! Black Emperor

And should you find yourself in Tilburg during the third weekend of April, 2018 – go see those headliner shows… I’m quite certain it will be a magnificent and life-changing experience! 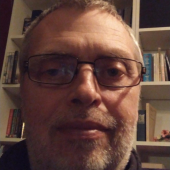 Roadburn 2018 – The Roots and Traditions view

(or go here to open in Spotify)